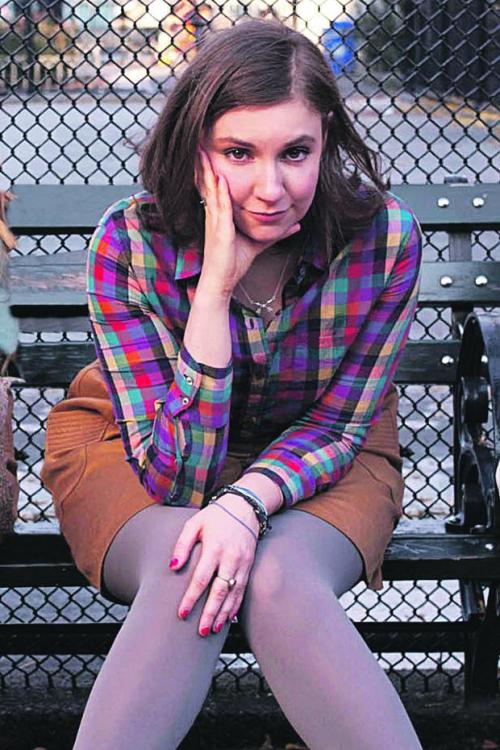 “Beauty is in the eye of the beholder, but I’m rich now, so fuck your eyes.”

Everyone is NOT beautiful.  No amount of sensitivity training or cultural relativism can erase that fact…but it doesn’t seem to stop some of us from trying.  The questionable Dove “Campaign for Real Beauty” from a few years ago comes to mind.  Meanwhile, it should have been dubbed the Campaign to Ignore Excess Body Fat.  The good folks behind that hit campaign certainly had a valid point, in that women of all shapes deserve to be represented in media, but they didn’t fool anyone into believing that an extra 30 pounds of flab was the beauty equivalent of say, knobby knees or a widow’s peak.  Still, I’m all for realism and the projection of realistic body images for women and girls, and one woman is undoubtedly the champion du jour of said cause: Lena Dunham.

Ms. Dunham writes, directs, and stars in HBO’s “Girls,” a show about spoiled and/or sociopathic white 20-somethings in Greenpoint, Brooklyn.  Not to overgeneralize and imply that all young, psychologically disordered Caucasians have tons of sex, but as you might have guessed, they get down a lot.  This basically translates into Dunham getting nude like every episode.

And here’s why that’s apparently interesting: Lena Dunham is not beautiful. She’s not ugly, either.  In fact, everything about her physical appearance screams “average at best.”  Her face is nondescript, she looks to be about a size 10, and she jiggles in all the wrong places.  Read: wobbly arms, thighs, and back, but no real breasticular tissue of which to speak and an ass as flat as day-old champagne.  (If you’re not black or you’re the type of Latino that pretends not to be black, you can strike the last phrase since it probably just confused you.)

Like I said, she’s not beautiful.  But she is normal.  That hasn’t stopped some people from complaining with vitriol about Dunham blessing us with glimpses of her soft, pasty flesh though.  Reading their commentary, it would seem that only gorgeous women should be allowed to expose themselves on national television.  I can’t agree with them.  Art imitates life, and good art does it well, so I’ll add my voice to those who applaud Dunham’s brazenness.  Real life isn’t perfect and it’s a treat to see an artist who’s willing to reflect this imperfection in her work so nonchalantly.  The show is so much more genuine as a result, and I’m sure that she’s given every mostly average woman out there a confidence boost that they can use the next time they have hungover, daytime sex.

With that said, I’m gonna stop like 100 miles short of saying that Dunham is somehow a shining example of “real beauty.”  That’s absolute jollytime fuckery, and the people selling that dream are just as guilty of distorting reality as those who would have us believe that the only women of aesthetic worth wear a size 2 and have C-cups sculpted by Michelangelo himself. 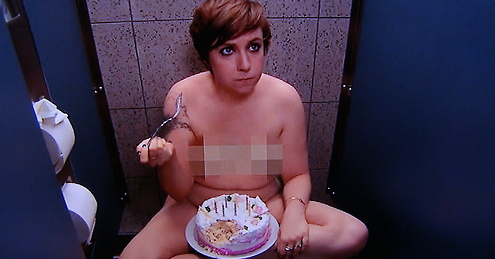 I don’t think this is what Rihanna had in mind.

Hey, no one can claim that their standard of beauty is absolute.  It’s all up for debate, and we all know that the current Western ideal has been unequivocally weighted towards an unrealistic aesthetic.  That fact has negatively impacted those who don’t fit within the wraithlike Western standard in ways that are as malicious as they are profound.  I would never advance that distorted view of beauty.  What I’m promoting instead is the simple, yet somehow controversial notion that a body that is toned and proportional is more appealing than one that is flabby and asymmetric.

There’s plenty of room in this world for a diversity of sizes and shapes.  I for one have been known to appreciate a variety myself, and am certainly not a fan of stick-figures.  But there are limits, people.  If your torso sags like the jowls on a British bulldog when you remove your clothes, you’re fucking up.  If your ass looks like it’s stuffed with two Virginia Hams, but your stomach does too, you’re still fucking up.  If your back evokes images of piles of deli meat at a Super Bowl party, you’re fucking up and you’re making me hungry.  And for you so-called skinny girls, if your arms and legs are twigs but that gut of yours has you looking 11 months pregnant, guess what?  You.  Are.  Fucking.  Up.

No sane person expects perfection.  But I do expect you to strive for it.  When it comes to body composition, this means health-conscious eating and consistent, serious exercise, including the use of some frickin’ WEIGHTS, gods damn you — not just running, jumping, or stretching on some glorified rubber rug called a yoga mat.  Unless you’ve been cursed with the physiology of a sloth, you will see results.  Promise.  Or, don’t do anything and just let it all hang out.  After all, you’ve got every right to do you.  Just don’t expect me to want to do you, too.