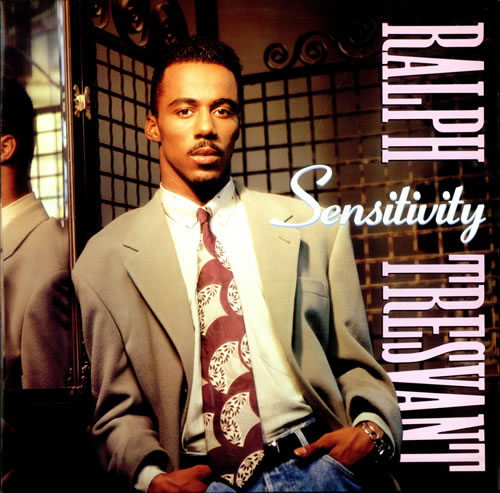 “I’m not your man, not Ralph Tresvant, not Ronnie Romance…no, Ma.”

I’m a sensitive guy. If you’re laughing already, it’s probably because you’ve mistaken my version of sensitivity for the cartoonishly effeminate variety of tenderness that has come to permeate the significance of that word. No, I’m not suggesting that I’d be anyone’s first choice for a marathon session of Lifetime TV shows…unless we’re talking about The Client List starring Jennifer Love Hewitt…’cause I’d probably watch that…a lot. But be that as it may, what I meant was that I usually demonstrate an acute awareness of others’ feelings. Awareness of said feelings and giving a single, tender fuck are disparate things, however, and that makes me wonder, at what point should I care more about your feelings than my own?

Assuming that we’re reasonable individuals endowed with a healthy sense of fairness, our inner arbiter of justice should assess our position when our emotional needs conflict with a fellow traveler’s and determine whether or not to reconsider our stance, moderate it so as to reach a compromise, or maintain it and respectfully tell that trick to back the hell on up. What surprises me is that the inner arbitration process seems to be super freakin’ spotty for a lot of folks.

Here’s a true story to clarify my point. It happens to embody the everyday drama of which VH1 reality shows are made, which is good since most of you are about as trifling as a pimp at a Bangkok orphanage.

Anyway, years ago I hooked up with this woman named Olivia. And by “hooked up” I mean “came to know” and by “came to know” I mean “we got naked and bumped into each other repeatedly while genitally interlocked.” Many years later we were reintroduced and began hanging out sporadically. While there were multiple instances of flirtation then, there was no more having of the sex. More importantly, not once was there a hint that we were remotely interested in spending consistent time together, let alone seriously dating. In fact, we regularly told each other about the people that we were seeing, and she almost always brought someone along with her when we met up. In other words, our relationship had all of the intimacy of a live-streamed cuckholdry session.

Well, one time Vicky’s friend Olivia accompanied her. We hit it off famously, and started to hang out without Olivia. Eventually, it became apparent to me that we had big-time chemistry, so I confronted Vicky about what I sensed. She couldn’t deny it. Granted, she couldn’t speak at all since my tongue was halfway down her throat, but still. All that was left was for the two of us to tell Olivia, and we assumed that she’d be surprised, but happy.

We were wrong. Like, real wrong. Like, “You dirty, lying bitch, you’re not my friend, he’s pathetic, it’s never gonna work, and give me back my fucking Helmut Lang dress,” wrong. According to Olivia, she’d always had feelings for me, even if nobody (including me) had a clue about them. By kindling a relationship, we were guilty of betraying her trust. Of course, I say that we were only guilty of miscalculating the ratio of rational thought to lunatic self-absorption in Olivia’s spoiled head. 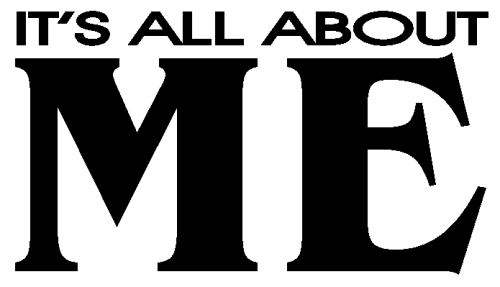 No, it’s not. Unless you’re my girlfriend or wife
and you happen to be reading this…in which case, it is.

I mean, come on, dude. Olivia and I had had plenty of time to get something going. We’d seen one another multiple times, and neither of us had felt the urge to put in any effort to increase either the frequency or intensity of our meetings. There’s an old saying where I’m from: “If a cow has but one udder, it’s probably a bull.” OK, I made that up, but the point is that you can’t squeeze milk from a bull’s penis. It’s either there, or it isn’t…and it isn’t, ’cause bulls don’t orgasm milk.

What gives Olivia the right to stake a retroactive claim on something that was never hers? Her preternaturally late-blooming feelings? Well, la-di-da. Congratulations, Lady O, you’ve got feelings. Welcome to the club! You might have noticed that your friend Vicky and her man are also members, which is probably why they couldn’t make it to your initiation ceremony: they’re busy expressing theirs to each other in a very loud and physical way. Now, sit your Narcissistic Personality Disorder having ass down.

Look, it’s well and good for us to make our sentiments known to those around us, otherwise we can’t expect them to understand who we are and how they can help us live a more fulfilling life. As a corollary, it’s right and responsible to acknowledge emotions expressed to us in good faith, allowing them to shape our thoughts and actions accordingly so as to function as supportive, empathic beings. With that said, the phrase “in good faith” is key in that last sentence.

Your feelings are important, but no more so than anyone else’s, and their mere existence doesn’t make them unassailable. Emotions are not weapons to be drawn at random, pointed willy-nilly at others like some drunken, Old West villain, blasting away until you get what you want. When they are, I say that those on the other side have every right to return fire, or do like Vicky and I did: let the fools keep shooting until they run out of bullets, then laugh with everyone else as they stumble out of town, tripping over their inflated ego.

Beauty and the Beast: Part I 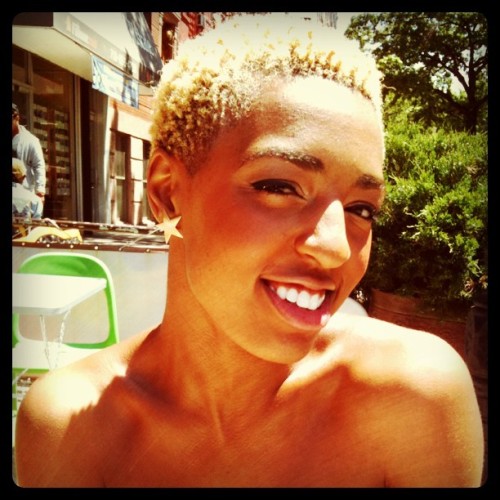 A Beauty in Brooklyn

For a person who’s as social as I am, I can function quite nicely as a lone wolf.  It ain’t uncommon for me to go out midnight marauding by my damn self, whether it’s because I just need some time alone with the man, the myth, the legend (that’s me, for those of you keeping score at home) or everybody else was just lame as hell and couldn’t motivate.  The kid will make something happen if that is what he so desires, and it was on just such an occasion that I met one of the most interesting characters that I’ve come across in New York.

I was fresh from downing my second or third Five Points (think Long Island Iced Tea but for people with class) at 67 Orange Street in Harlem, walking down Frederick Douglass Blvd.  By the way, I mean literally walking down the middle of the street – Five Points is no jizzoke – when my gaze ran across this slim, caramel woman with a whole lotta gams and, to literally top it off, close-cropped blonde hair.  She was working at the beer garden across the street.  (Yes, there’s a beer garden in Harlem.)  Before my internal cop could say, “Move along.  There’s nothing to see here,” I saw her see me.  Then she did the unfathomable: she yelled out, “Come on in!”  Apparently, my internal perp was still a bit skittish, ’cause I yelled back, “Who, me?” as if I were getting blamed for some crime that I had yet to commit.  “Yeah, you!”  Was the retort, complete with hands-on-hips action.  My ass was across that pavement before you could say, “Lederhosen und hefeweizen.”

We became fast friends.  I say “fast” because within 10 minutes Shahi was asking me to accompany her on a boat party the next day.  Oh, and I say “friends” because within 11 minutes Shahi had disclosed that she was married to a man who was back in Toronto.  But she needed somebody to go on this cruise with her!  And it was going to be so much fun ’cause it was a soca themed cruise!  Yay!

Have I mentioned, dear reader, that I get seasick like it’s my government job and that I HATE soca almost as much as I HATE reggaeton?  How about the fact that I can swim about as well as the sperm of a 75 year-old former cyclist?  No?  Well, yeah.  All of that. 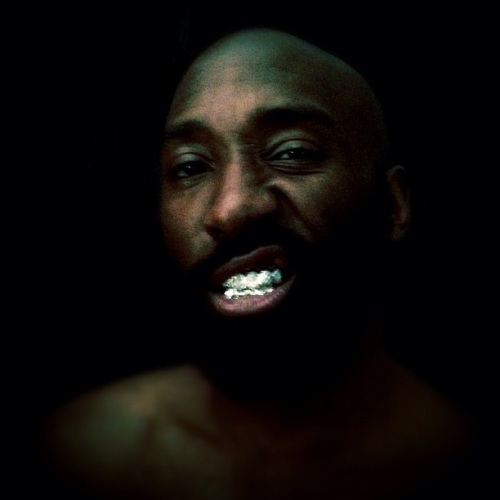 A Beast and His Teeth

You’re gonna have to tune in next week to find out.  In the meantime, I’ve included a little something to get you fiends over the hump and soothe the savage beast.

It turns out that one thing that Little Mrs. Shahi didn’t disclose within the first 11 minutes of our meeting was that she can muphuckin’ sing.  I mean, I look up on Twitter one day and all of sudden I see that she’s mentioned me in a tweet with a link and lo and behold, babygirl has auditioned for “Canada’s Got Talent,” singing “Fly Me to the Moon.”  (Watch the audition here.)  As soon as I heard it, I knew that I was gonna have to get in there (Ahem.  AHEM!) and snatch those a cappella vocals, then put ’em on track that I’d build from the ground up.  I wanted to flip it so that it would put a totally new spin on a pop standard…and show Shahi that she wasn’t the only one that can do damn surprises around this joint.

I did this totally without her input or knowledge initially, ripping her vocals directly off of YouTube, so blame any shortfalls on me.  But if you like it…give me like 75% of the credit.  OK, OK.  60%.  Check it!