No matter what you heard, this is the REAL Killa Cam. Love ya, cuz.

“In the abundance of water, the fool is thirsty.” — Bob Marley, Rat Race

That pretty young thing you see above is my cousin Cam. While visiting her dad here in New York a while back, Cam met a man. To say that he piqued her interest would be an understatement, but revealingly, her attraction to him was more about what he didn’t do than what he did.

They met while she was out at one of Harlem’s liveliest nightspots, the kind of place where a dude might even try it with Michelle Obama if her eyes linger long enough. Unlike his would-be competitors who came off as clumsy brigands out to steal whatever hidden treasures she might carelessly let fall into their grubby little hands, Robbie’s swashbuckling approach was direct and efficient. He cut through Cam’s defenses before she could act on the knee-jerk rejection response with which she’d been programmed by years of overabundant male attention, and after just a few minutes of easy conversation he nonchalantly informed her that he was leaving, asked for her number, and walked out.

Within eight months, she’d moved to NYC. Sadly enough though, almost as soon as she got to her new home things started to change. His time was in increasingly short supply, and whenever they did meet up, it was always on his terms and his turf. This meant that Cam was stuck making the lonely trek from Harlem to Brooklyn, and anybody who’s lived in New York City knows that trip is so onerous that she might as well have been dating someone in Philly. In fact, she might have been better off doing that, ‘cause at least you can get a bangin’ ass cheeseteak there. Instead, all she got for her trouble was…what exactly?

That’s the question that I posed to her when she came to me for advice. From where I sat, this guy was clearly uninterested in fulfilling Cam’s emotional needs, and I didn’t have to channel Dr. Phil to get to that conclusion: dude literally said that he didn’t have time for her. I mean, sweet Mother of Dragons, that’s like a woman telling a guy that she’s celibate. Before she gets to the third syllable, we’re already thinking about how to say something nice and wrap that shit right the hell on up. But Cam wasn’t looking for a big red bow just yet, because she was making a classic woman’s error: she was mistaking a man’s disinterest for a manifestation of his value. 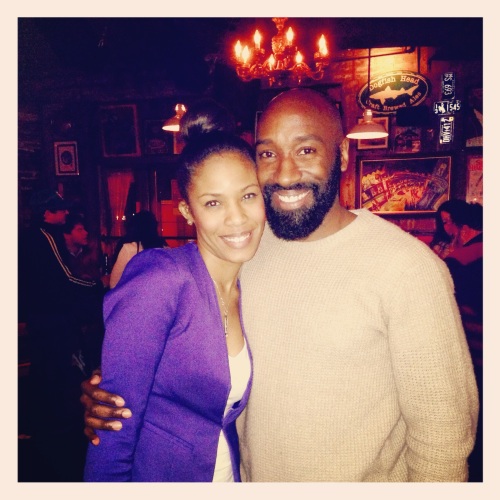 With only a modicum of refection, one can see the blueprint for Cam and Robbie’s entire relationship within their first interaction. He may have been handsome and whatnot, but what really got her heart pumping was how unconcerned Robbie was when he stepped to her, despite overwhelming evidence that he should’ve been dumbstruck by her grace, charm and beauty. This doesn’t surprise me. In the early stages of a relationship, confidence is one’s lifeblood, and all too often a man’s confidence can drain a woman of hers faster than you can say “Eric Northman.”

Once a woman senses that her confidence has ebbed, it follows that she’ll seek to recharge it. However, instead of taking stock and realizing that there is in fact no reason to feel any less sure of herself today than she did before she met Bon Temps’ finest, too often she will perceive that the easiest way to replenish her confidence is by somehow possessing the very instrument of her insecurity: Mr. Nonchalant.

So, it’s this bass-ackward emotional process that links male disinterest with male value. Her (subconscious) belief is that if she can hold on to a man who’s so self-assured that he barely shows interest in a great woman like her, then she’ll have a reason to believe in herself. Of course, she can never really “possess” him or any other man. That path is just a vicious cycle leading to continued suboptimal treatment from Robbie and his vampire coven, along with further self-doubt.

Look, I understand that being neither overly aggressive nor super wimpy is attractive. There’s something to be said for a man that can communicate his interest in a woman without making her feel that she either needs to take out an order of protection on him or hold his hand and walk him through the process. With that said, I hear women throwing the term “thirsty” around entirely too much.

Understand that just because a guy has enough gumption to ask you to dance twice, call you a third time after you don’t return his first message, or offer to take your kids to Chuck E. Cheese’s while you go shopping, it doesn’t mean that he’s thirsty…OK, maybe the last one is. Dude is kinda trippin’ right there. Still, I’d advise y’all to start showing more appreciation to those who appreciate you and devote less time to those with no time for you. And come to think of it, considering the fact that so many of y’all are complaining that you can’t find a man, I’d say you’re the thirsty ones. Meanwhile, there’s plenty of water out there, so I’ll tell you what I told Cam: Drink up.