I Wonder If I Take You Home 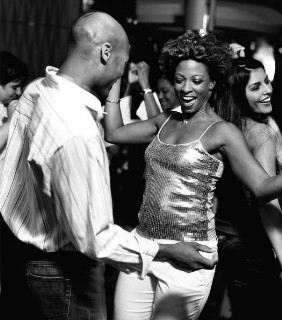 OMG. You might as well wear an arrow pointing to your crotch.

You just broke up with your boyfriend two months ago.  It’s Friday night, and none of your people want to go out ‘cause they’re either too exhausted from the work week, or they’re with their significant other doing things that lovers do.  This leaves you bored and lonely, so you decide to roll out solo to the neighborhood night spot.  The live band is rockin’ it, the drinks are cheap, and before you know it, you’re feeling as nice as a Care Bear on ecstasy.

Then you see this tall, handsome cat with great skin and a chiseled frame roll up to the bar.  He sees you checking him out, so he smiles.  Before long, you and Lorenzo are on the dance floor doing the Lambada to a dancehall version of “Milkshake”.  Your oven is hotter than Grandma Patty’s on Thanksgiving afternoon.  Like a true predator, Lorenzo can sense that this is the moment to make that move: he asks if you wanna take the party to his spot just two blocks away.

Your first thought is to say, “Hell yes,” but you vacillate for at least a minute.  I mean, what would he think about you?  What if he’s some kinda psycho?  Crap!  Did you remember to wax?  But Lorenzo, the liquor, and your suppressed libido keep whispering sweet nothings in your ear.  Before you know it, you’re off…and so are your jeans.  The next morning, engaged in The Walk of Shame, you can’t help but ask yourself, “Am I a slut?”

Instead of just jumping into the answer, let’s take a look at a checklist designed to ensure that you always know what to do when you hear the call of the wild.

1. Are you sober, or at least in majority control of your motor functions? If the answer is no, then please, don’t do it.  Any stand-up guy is turned off by girls who are fall-down drunk.  Seriously, who wants to get close to somebody that might go all Mt. St. Helens with her stomach contents at any time?  If the dude observes your state and still wants to bed you, he’s at least ethically challenged and maybe even mentally disturbed…which is a bad thing, for y’all taking notes.  [Exception:  If dude is shit-faced too, then feel free to stumble your alcoholic ass on down the road to perdition!]

So ladies, the next time shit gets thick with no time to think, go ‘head and get busy off of basic instinct!  Ask yourself those three simple questions and you can’t go wrong.

And oh yeah, I almost forgot.  You are DEFINITELY a slut for getting with old boy that Friday night.  I mean, c’mon, you just met him!  Your momma would be ashamed!

7 responses to “I Wonder If I Take You Home”