The Bad Thing About Vegas Is You 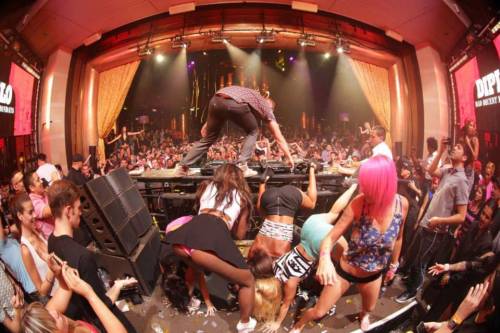 Maybe somebody lost their keys?

Last week, I returned to New York City after an eight day stint in sunny Las Vegas. Yep, eight whole days. Did I make it back whole? Yes and no.

It was a great trip. I went extra hard. So hard that I lost a day while I was there. So hard that I’ve spent the majority of the time since my return battling a fever, excessive night sweats, and alien abduction dreams, and I may not ever regain full capacity in my lungs after hacking up some portion of both. In short, it appears that my sins in the sultry heat of the Nevada sun shaved a day or two off of my life expectancy almost as quickly as I shave a day’s worth of stubble from my perennially bald head.

This is the part where a lot of you are screaming, “Fucking Vegas!”, shaking your heads, and pointing your metaphorical fingers in the direction of the 702 area code as if it’s somehow to blame for it all. If you’re one of those people, I gotta tell you that I don’t agree. No, I can’t condemn Vegas for my fuckery, and neither should you, because while Las Vegas may indeed be worthy of its notorious nickname, it’s we who bring the sin to the city, and not the reverse.

That’s right: the bad thing about Vegas is you.

Now, I’ll freely admit that the powers that be in Vegas make it super easy to get up to no good. There are probably more casinos there than schools, churches, and hospitals in the whole of Clark County, the alcohol flows freely (literally, when you gamble), and the gentlemen’s clubs will chauffeur you right to their front doors. For those who’d rather pay than play, the escorts get their sophisticated party on with you at Rehab, Tao, and XS, and while they may not be the ones you take home to momma, they almost always are the ones you’d want to stunt with on Instagram. Of course, drugs are easy to find for any who don’t think the Vegas experience is quite surreal enough, and if you’re lucky, you might even get high for free. Yep, Vegas happily supplies all of that.

But whether they’ll admit it or not, the real draw of Vegas for most people is the other boys and girls who are there to forget themselves, refilling their clear plastic cups at the cabana table while they scope the scene to stagger towards their next bad decision. This misremembering, this stumbling, is only for pretend of course, because what one does in Vegas is either something one has been curious about for a while, something one has fantasized about doing, or something one always does. You don’t go to Vegas to forget who you are. You go to remember. 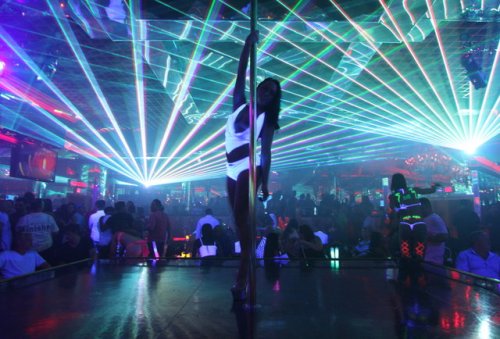 The ones with glowing body paint charge extra.

There’s a poetry to the fact that the Strip, the locale that people envision when they think of Vegas, isn’t even a part of the place whose name it has made so famous. In point of fact, it exists outside of the city limits, and this detached being is fitting for a place with such an otherworldly, almost extra-dimensional character. The people’s Las Vegas is a 4.2 mile long singularity created by the overwhelming pressure of countless desires, both uttered and unspoken, manifest and masked; its potent gravity attracts all who bend their ears—if only for a moment—toward that still small voice imploring them to “do what thou wilt.” It’s the geographic equivalent of Halloween.

The famous saying, which doubles as a warning, goes that what happens in Vegas, stays in Vegas. If you were paying attention to anything you just read, you know that that can’t possibly be true. After all, you brought all that greed, gluttony, and lust with you when you arrived in America’s desert paradise; it’s going right back in your Ferragamo weekender when you head home to your so-called real life, waiting to inhabit you the next time you feel safe enough to be more like yourself.

Your Cheating Heart: Infidelity Is a State of Mind

Dude, you’ve got a LOT to learn.

It’s a pleasantly warm and bright Sunday afternoon.  On one of the first real days of spring, the squirrels are playfully scampering around the path to your boyfriend Kevin’s apartment, and there’s more than a touch of excitement running through you, too.  You’re about to pay your man a surprise visit to celebrate this gorgeous day.

As you thrust the key into the lock, the butterflies do that little dance in your tummy.  Elated smile.  Walking in, those same butterflies rapidly morph into 50 pound stones.  Pained grimace.  You find yourself open-mouthed, staring at Lucinda (the only female friend of his that you never worried about) in a bright red apron, four-inch heels, what looks to be MAC Lady Danger lipstick, and nothing else, bent over the stove with Kevin behind her.  You do NOT like the smell of what they’re cooking.

In fact, it’s safe to say that you’ve probably lost your appetite for the entire week.  But should you lose your boyfriend, too?  Probably not, and there are two good reasons why.

First off, in all likelihood his cheating had nothing to do with you.  Yes, he broke a promise and probably your heart, right along with it.  For that, he’s as wrong as two left shoes.  But there’s a really good chance that his feelings for you are still just as strong as ever…it’s just that Lucinda’s ass looks like it’s pregnant with twins.  His embrace of her body is not a rejection of your love.  Dude just got caught up in the bootyliciousness, and I’d bet good money that if you give him a choice, he’ll choose you.  If he doesn’t, then that means that you didn’t have his heart in the first place.

The second, more important reason why you might wanna reconsider closing the door on Mr. Lova-Lova is the fact that you ain’t no angel yourself.  Please, don’t look all shocked.  Yeah, you may not have physically done anything with your colleague Jamal, but you damn near got carpal tunnel rub-a-dub-dubbing to mental images of him in the shower.  Plus, on more than a couple of occasions you even used him as a tool to push you toward the “little death” on those nights when Kevin just wasn’t killing you hard or fast enough.  Oh, and since y’all work together, you go to lunch with Jamal at least twice a week, and when he can’t make it…your day just isn’t the same.

In my book, that makes you just as guilty as Kevin, if not more.

Yes.  Kevin was definitely burying his bone in somebody else’s backyard.  But you were having a whole ‘nother relationship with another man, complete with full on muthaphuckin’ emotional attachment!  Where I come from, any real relationship is built on emotional bonds, not physical ones, so I’d say you and Jamal were going steady…even if it was only in your mind.  I mean, your mind is the most important sex organ after all, and we’ve known this for millennia.  The Bible says that “whosoever looketh on a woman to lust after her hath committed adultery with her already in his heart.”  I may not believe the theology, but I’ll be damned (hopefully not) if this ain’t one of the Good Book’s many nuggets of wisdom.

Where the scriptures get it wrong is on the moral implications of said burning yearning: lust is a perfectly natural, amoral emotion, not a sin.  You couldn’t stop yourself from lusting any more than you could stop poor white folks in Texas from voting against their interests.  But, what you can do is acknowledge that those desires abide within both you and your partner.  Don’t try to live in the illusion that no one else exists, ‘cause that will only lead to an unhealthy relationship with dangerously repressed feelings bubbling just beneath the surface.  Science has my back on this, people.  Apparently, being forced to block out other options actually ends up weakening a person’s resolve to stay committed, and who wants that?

So breathe for a second, little one.  Collect yourself.  Slowly walk over to the kitchen…and disrobe.  On top of being the only girl-friend that you never suspected, you always thought Lucinda was sexy as hell.

Hey, it’s a beautiful day.  Time to put a little work into your relationship!